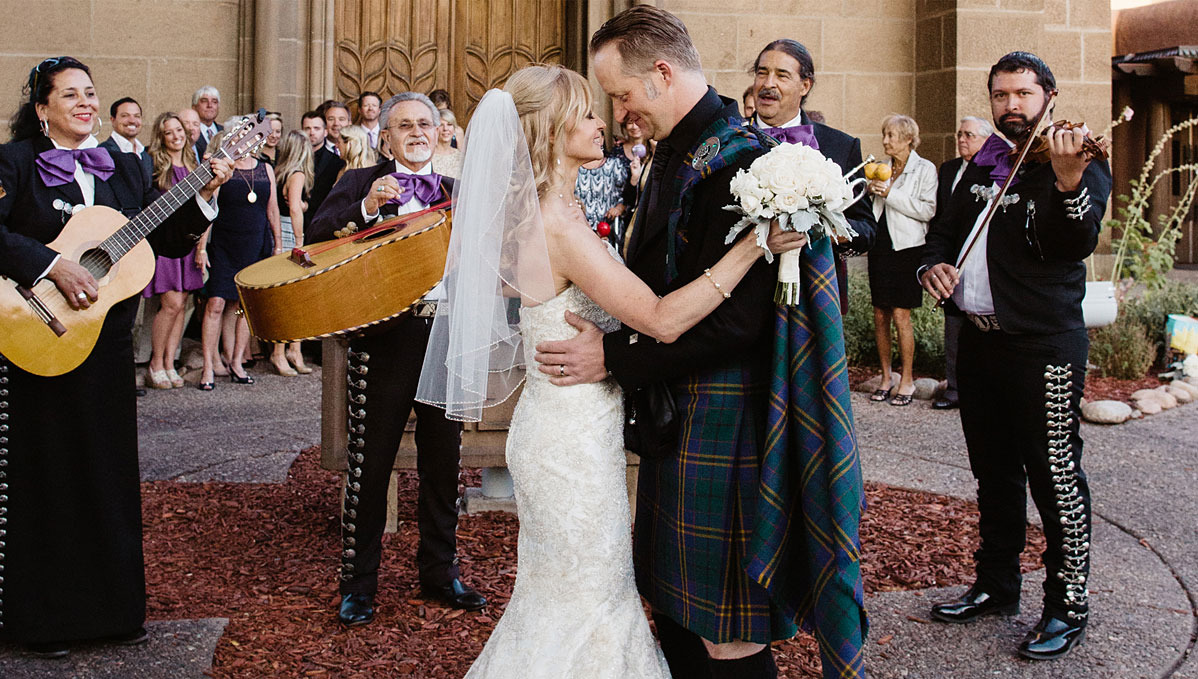 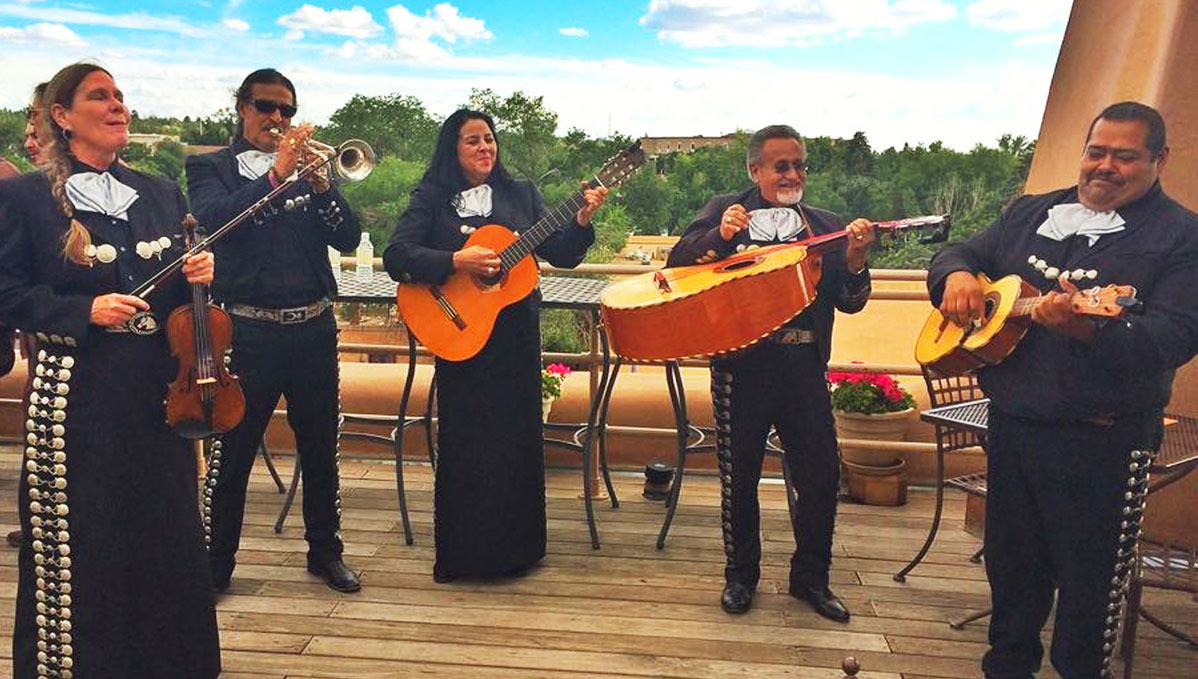 In New Mexico the roots Mariachi music go back hundreds of years.

Book your event with Mariachi Music 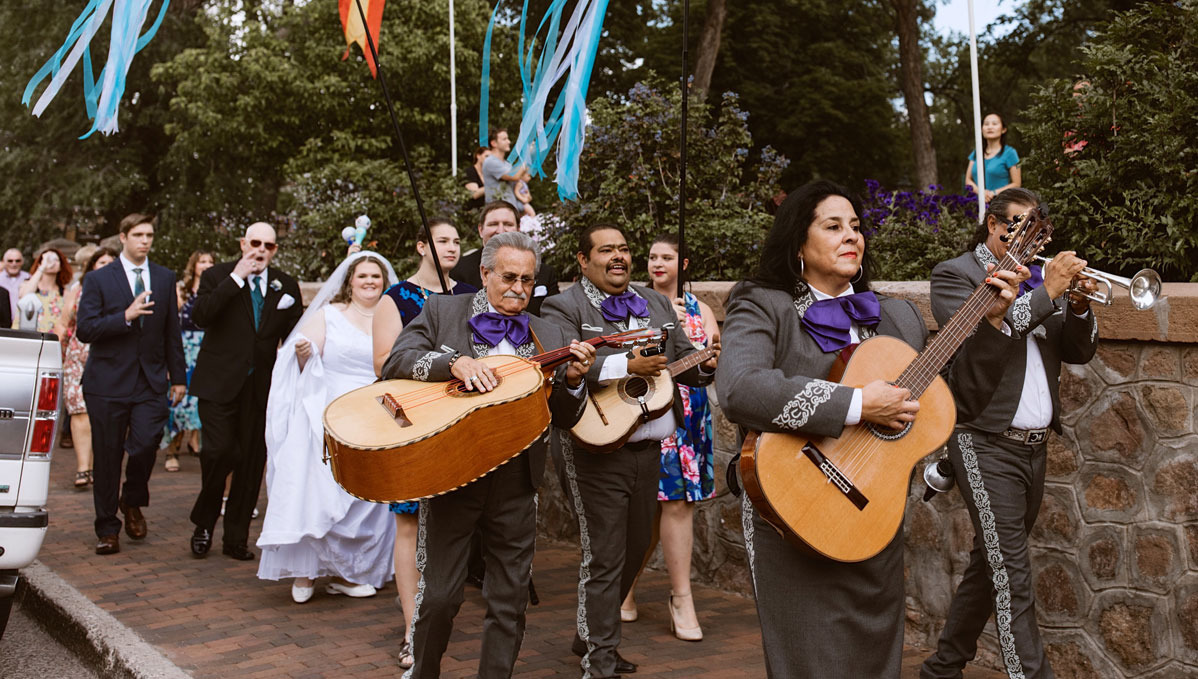 Santa Fe’s deep cultural roots span from its native peoples to those from Spain  and Mexico who settled here. The roots of the Mariachi go back hundreds of years, Mariachi music was the music of country people. Mariachis often help celebrate great moments in the lives of the Mexican people. With the serenata (serenade), the Mariachi participates in the rite of courtship. Mariachis are also commonly hired for baptisms, weddings, patriotic holidays, and even funerals. It is not unusual for the deceased to leave a list of favorite songs to be sung beside the grave at burial.

Mariachi music has been incorporated into the Roman Catholic Church's most sacred ritual: the Mass. The Misa Panamericana is a Mariachi folk mass, sung in Spanish, that uses traditional instruments to create vivid new interpretations of the traditional elements of the service: Angelus, Kyrie eleison, Gloria, Alleluia, Offertory, Credo, Sanctus, and Agnus Dei.

Here in Santa Fe, Mariachis can be used at a rehearsal dinner party or a ceremony or escorting a bride and groom and their guests to the reception for lively cocktail hour before dinner, or to bring festivity to any gathering. Large seven or eight piece groups include guitars, trumpets and violins, or small groups of four or five players on guitars and trumpet are available. 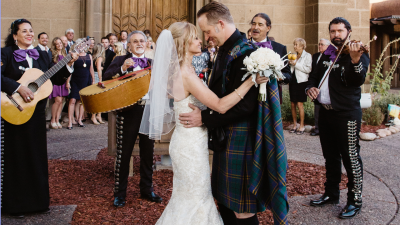 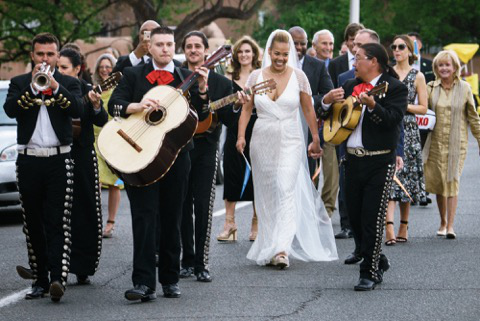 Welcoming Receptions for corporate events, weddings, rehearsal dinners, traditional Mariachi masses, and the traditional march with the newlyweds & guests through the Santa Fe streets to their venue.

Members of the Santa Fe Chamber of Commerce Serving Santa Fe, Albuquerque and New Mexico since 1997. 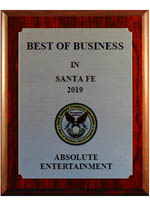 Opens in a new window